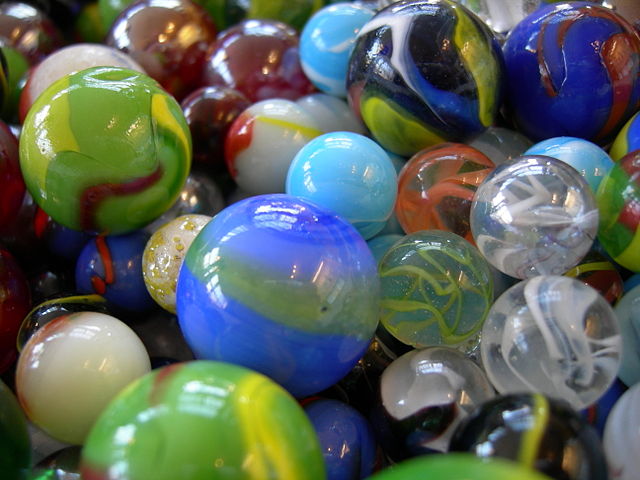 A. Which is the better bet?

B. Which is the better bet?

The above test was first conducted by Maya Bar-Hillel in the 1970s. According to psychologist Daniel Kahneman, most people choose A2 and B1, when in fact A1 and B2 have higher chances of winning in their respective sets.

Interestingly, the skills necessary to evaluate A2 and B2 are the same ones required to judge whether belief in a particular deity with its particular set of properties/traits/behavior/etc. is more rational than belief in another deity with its own set of properties or in something else or in none whatsoever. Without some understanding of probability theory people make exactly the same mistake in religion as they do in assessing mundane matters as the Linda problem (conjunction fallacy).

To better grasp the nature of conjunctive probabilities let's take the example of extraterrestrials. Such lifeform(s) may be unicellular, multicellular, stupid as a rock or far smarter than any Einstein we can throw at it, may be based on carbon or something else, may have DNA or not. We of course don't know. But as a thought experiment, let's claim there is one or more extraterrestial life out there, but won't specify anything about the nature and number of alien lifeforms. Let's denote the probabilty of any type of extraterrestial life as P(E).

Actually, the chances of of non-terrestrial lifeform existing in the universe is not at all insignificant. The Law of Truly Large Numbers applies here—despite the infinitesimal probability of a certain event occuring, if there's a huge number of opportunities for such event to occur, then the likelihood of it happening becomes quite significant. (This principle applies to evolution as well). Thus, even if the probability chances of flipping a coin and getting 50 heads in a row is a mere 1 in 1.126 quadrillion (that's 1015 for you Europeans who might be using "quadrillion" differently), if you toss the coin enough times, the probability of success rises significantly. (Note that the Law of Truly Large Numbers is not the same as the Law of Large Numbers)

Now what happens when we start constraining our definition of extraterrestrial life? Let's claim that ET is humanoid in form, 20 feet tall, with eyes like ours, and feeds itself through its feet. Once we start describing it and limiting what it is and is not, we dramatically reduce the probability of such a claim or hypothesis being true. Compared with our generic ET the chances of this particular alien actually existing are way, way smaller. That's simply the nature of conjunctive probabilities. As we keep multiplying probabilities (that are less than 1, and of events that are independent of one another) we end up with a probability that gets smaller and smaller.

Likewise with gods. Say we claim that god exists but don't define god other than "it's a preternatural phenomenon" (thus this phenomenon may be sentient or not, may be slightly more intelligent than an amoeba or a genius, could be all-powerful or as impotent as a grain of sand, may have created the universe or was itself an effect of some other cause, etc.). Compare that with a deity that's said to be preternatural and has telepathic powers and is a genie who answers prayers and assumed human form during human history and beamed up to space after a sojourn of less than 40 earth-years and frowns upon premarital sexual relations and .... The probablity of this very specifically defined phenomenon will be significantly less than the probablity of the generic, largely undefined deity. As you ascribe more and more properties, traits, behavior, powers, deeds, commandments, edicts, prosriptions, etc. to some postulated deity, its probability of being true just keeps sinking down to the abyss.

But then believers are quite oblivious to the improbability of their particular gods. Those who claim there exists some preternatural phenomenon but make no claim as to the nature of this phenomenon have the highest chances of being right (among those who have supernatural beliefs). On the other end of the spectrum, those who have sacred texts and dogmas and doctrines that describe their god in detail will have the lowest probability of being on the mark. As with musing about extraterrestrial life, the best recourse for those who—despite facing a dearth of good (much less incontrovertible) evidence for any supernatural phenomenon—are still compelled to believe, is to be completely agnostic as to the nature of this non-natural, otherworldly what-have-you. Needless to say, the probability of the masses abandoning their beliefs about the particularities of their preferred deities is close to nil.

How to evaluate the bets: