A few of the pros and cons of some scientific calculators that I've tried. I've installed (and deleted) others but these are the more note-worthy (either because I like them, find them intriguing, or absolutely loathe them). Click on the images to get magnified versions. 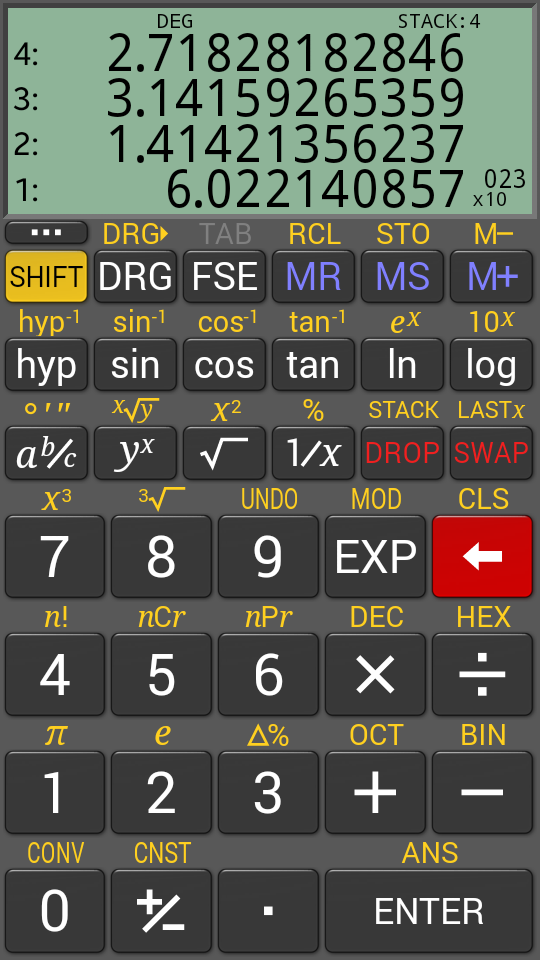 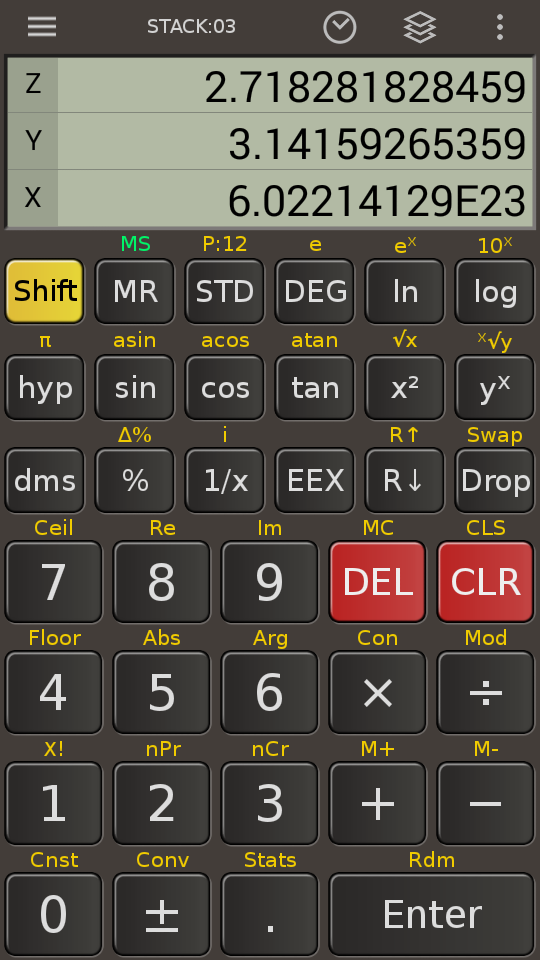 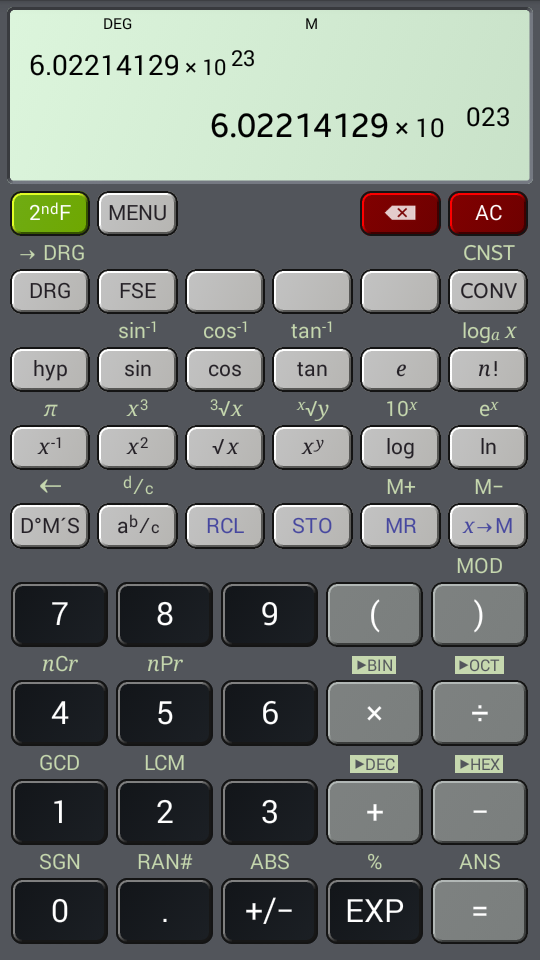 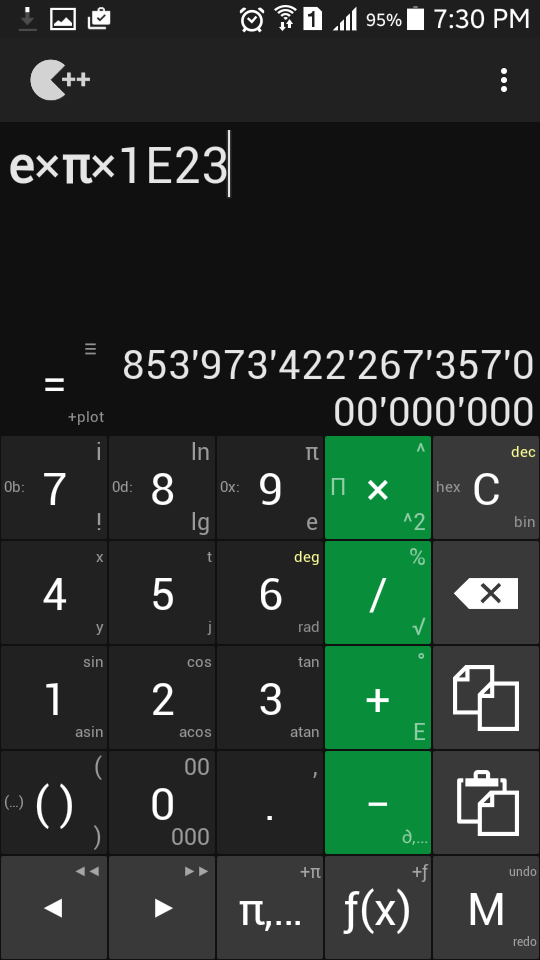 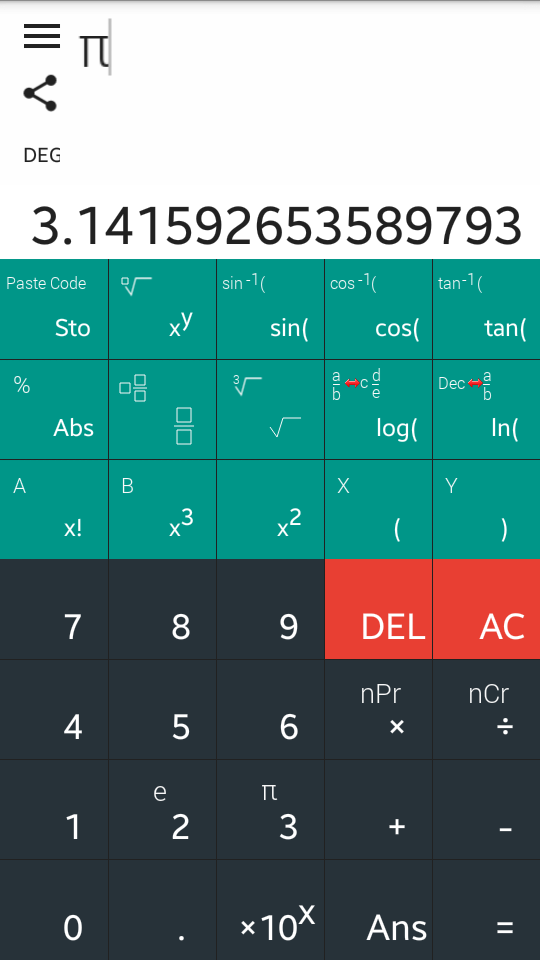 These two are aesthetically pleasing, but using them is driving me up the wall. Still trying to get on the learning curve. Neither has RPN mode, as far as I can tell.

Calculator++ has a unique way of accessing the alternate functions of each key—sliding one's finger from the middle to one of the corners marked with the alternate functions. It's a nifty method. But for some reason it's implementation is quirky or something's not right with my Samsung or my index finger's a little too big for the 5-inch screen. The thing is, sometimes the slide method works, most often it doesn't. Not encouraging at all.

Natural Calculator allows equations on the screen to be edited. Though theoretically a good idea, I seem to be having a problem deciphering how exactly it's to be done quickly and efficiently. For now I'm fumbling and am not finding this calculator natural for me at all, having grown up with and gotten used to (semi)postfix calculators. 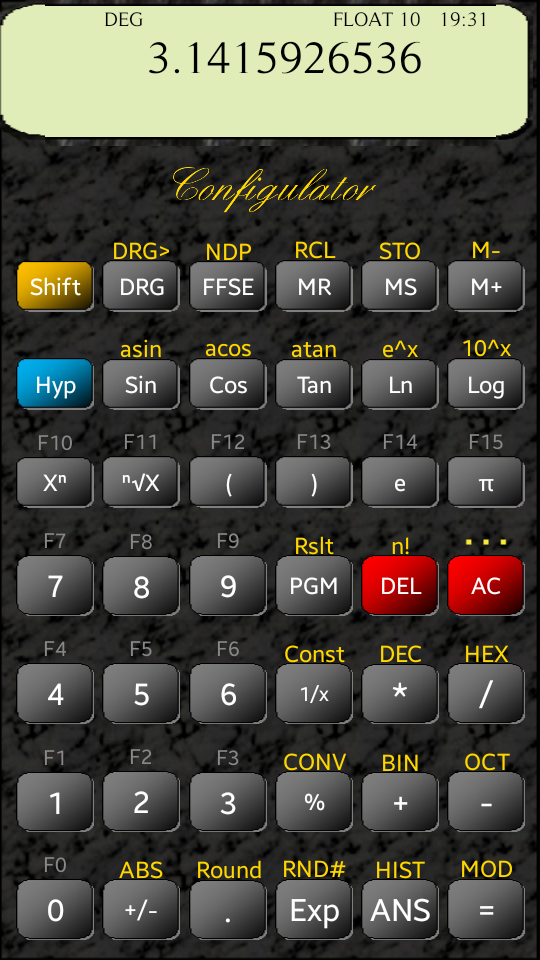 Looks absolutely terrible; it's hideous. I mean, look at that marbly background. And that serif font! What could the app developer have been thinking of?! Frankly, I can't wait to delete this from my phone.

So why did I install it? It advertized itself as having 15 user-definable functions keys. And right now I'm in the market for a programmable scientific calculator, something akin to the Casio FX-502 of decades ago. However, being such a turn-off, I still have to motivate myself to learn how to program those function keys. Perhaps when the time comes that my back's to the wall with my life on the line.

This is one of those apps that only its maker can love. 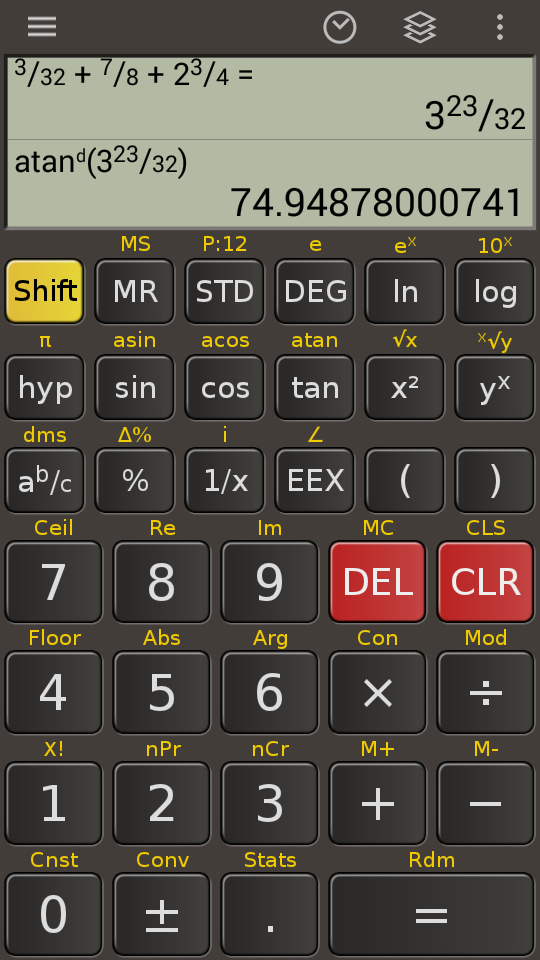 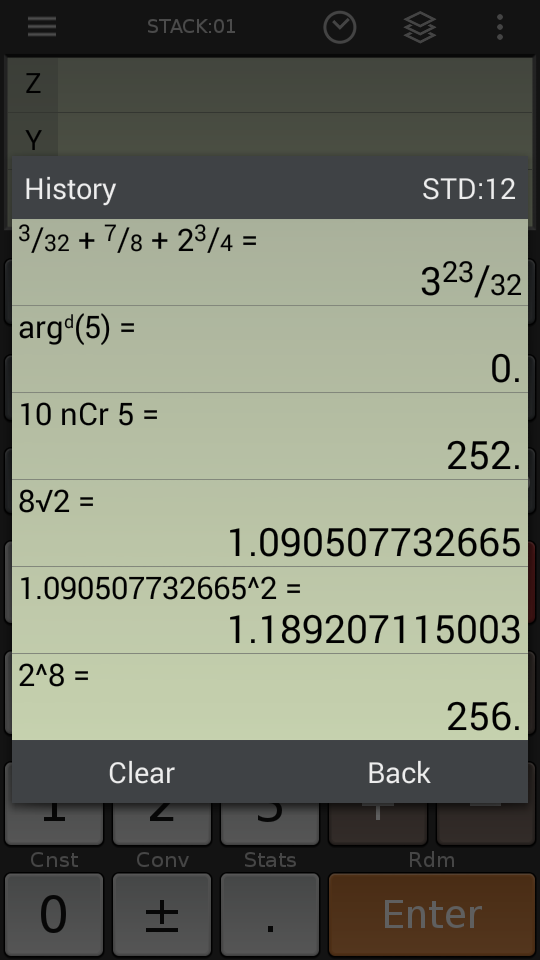 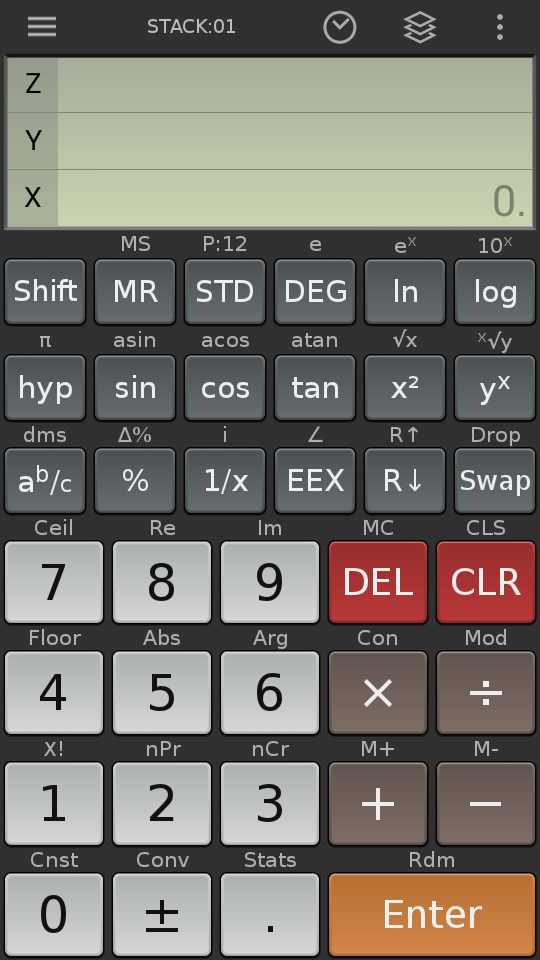 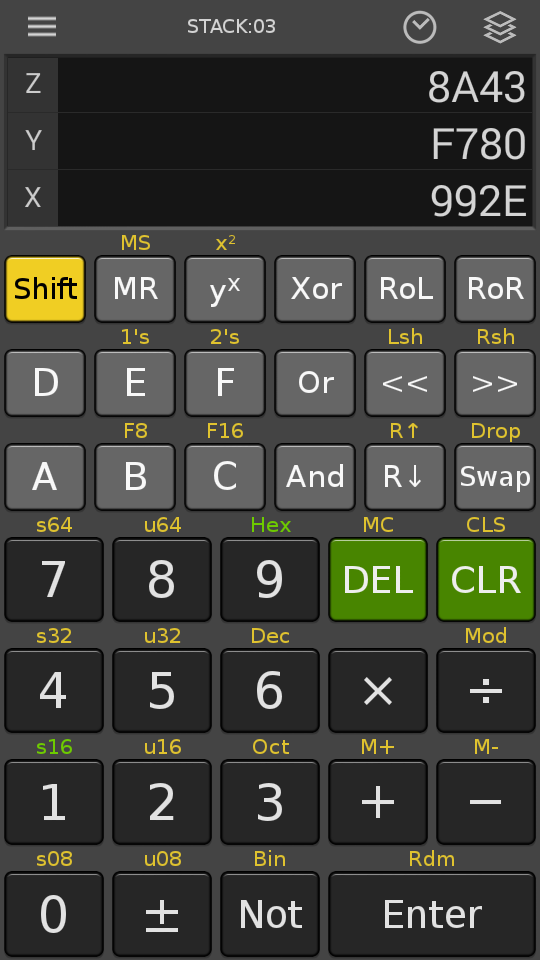 Between RealCalc and CalcTastic, the latter wins in terms of number of functions. But I'd rather have the look, fonts, key location, layout of RealCalc (must be because of my years of familiarity with it). Now if only CalcTastic could add an Engineering SI mode and extend its signficant figures to something like 50, it would be the winner by a light year.

Addendum [April 2016]: Calctastic's Tavern theme has really grown on me since the review and I now use Calctastic almost exclusively.